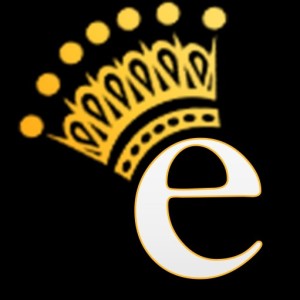 This isn’t going to be our typical style of article, this one is in response to a black swan event that happened over the weekend and deeply affected markets today and will continue to over the weeks to come. Overnight the Aramco Saudi oil fields were attacked by a combination of drones and missiles with a confirmed 19 points of impact total with 17 of those on key infrastructure .

Secretary of State Mike Pompeo was quick to blame Iran (of course) over tensions with Yemen, and Trump has been weighing in on the situation, at first and probably reacting stated “locked and loaded”, then as the day went on they started to walk that back. President Trump said it was “looking like Iran was behind this weekend’s attacks” on Saudi oil facilities, but added that “he doesn’t want to go war with anyone.”

There has been satellite images that support that Iran could be behind the attacks, which would give them a decent amount of deniability.

The drone in question is likely what the UN has called the UAVX. Houthi’s call this long-range drone a ‘’Samad-3’’. The drone itself remains elusive, with few details released about its technical capabilities, but it appears to pack quite the punch

That actually isn’t true, we have been slowly decreasing our reserves according to this data…

“I don’t want to have war with anybody” but our military is prepared, Trump says at the White House, where he was meeting with Bahrain Crown Prince Salman bin Hamad Al Khalifa. Furthermore, the president said the US is not looking at retaliatory options until he has “definitive proof” that Iran was responsible for attacks on Saudi Arabian oil facilities.

Here is a look at total market sources for OPEC production, you can see that they are down overall.

From our understanding these fires are not easy to put out and this has severely crippled Saudi’s oil production, they were looking to restore production to “normal levels” by Monday by from what we could find so far this is still ongoing and it could take weeks to solve.

Iranian President Hassan Rouhani said an attack targeting Saudi Aramco crude oil installation over the weekend was the result of a years-long war that Saudi Arabia has waged on Yemen.

From Bloomberg…
“The people of Yemen are forced to respond to all the the violations and the flood of weapons from U.S. and Europe toward Saudi Arabia and the United Arab Emirates,” Rouhani said in a televised press conference in Ankara, where he met Russia’s Vladimir Putin and Turkey’s Recep Tayyip Erdogan for talks on Syria.

This whole situation has sparked international concern and one that could escalate quite quickly and turn into a Black Swan similar to what we saw in 1990 when Iraq invaded Kuwait destroying substantial oil reserves, in less than 4 months from that event oil price rose over 170%.

We had reported in the discord community back on Sept 12th of this looming Aramco IPO which is set to be one of the biggest in the world!

Oil prices can be track here, so far we are seeing upwards of an $8 price jump

Here is Senior Iranian official talking earlier in August about engaging the west.

Oil Negative For First Time Ever! We will probably trigger some algos to block us on the social sites and ranking because we used the keyword here but the developments with this virus cannot be understated. We have now seen almost 100,000 global cases, with 53,797 people getting better and about 3,300 deaths thus far. There is an excellent tracker dashboard Here at Empire we have been tracking many domestic and global indicators that we feel affect the odds of a recession, many of these are unknown to the general public and if they know about them they don’t fully understand how this all fits together. We must go beyond the traditional GDP numbers, PE ratios,

We wrote about this JPMorgan metals manipulation case that the DOJ is handling this am in our daily email, now that have had the chance to read through the Indictment, it would appear that this is getting bigger and better by the day. As of right now there have been 12 people charged and the